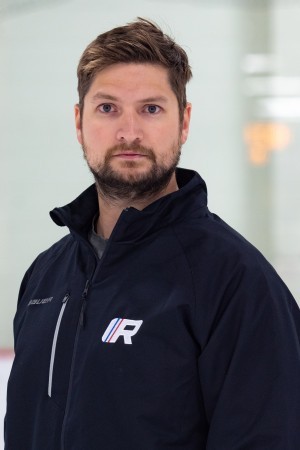 Kris originally comes from Sicamous, BC.  Kris started coaching on the Male side at Pursuit of Excellence in September 2015 coaching the Midget Varsity 16U Team before making the switch to coaching the POE Female Prep team in September of 2016.

Kris played all of his minor hockey with Sicamous before making the jump at age 16 to the WHL.  He enjoyed a successful junior career with both the Kamloops Blazers and Lethbridge Hurricanes with highlights that include being a fourth-round draft pick to Calgary Flames in 2004 and finishing 4th in goals in the 06-07 season. Kris then moved on to play at Lakehead University obtaining his Business Degree before turning professional for the next 5 years. His professional career includes exhibition and regular season games in several leagues including the NHL, AHL, ECHL and European Leagues.

On the coaching side, Kris has developed RHA Kelowna into one of the most world-renowned programs for aspiring female athletes. With multiple CSSHL championships and a Gold Medal with Team BC at the National U18 Championships last year, Kris again takes the reigns as Head Coach of Team BC for Canada Winter Games 2023. Under Kris's watch, over 105 female athletes have obtained post-secondary scholarships to attend either NCAA or USport Institutions which is the most of any program in the world during that time. On top of that 25 players have seen action in National Selection Camps or Women's World's U18 Championships across the world.