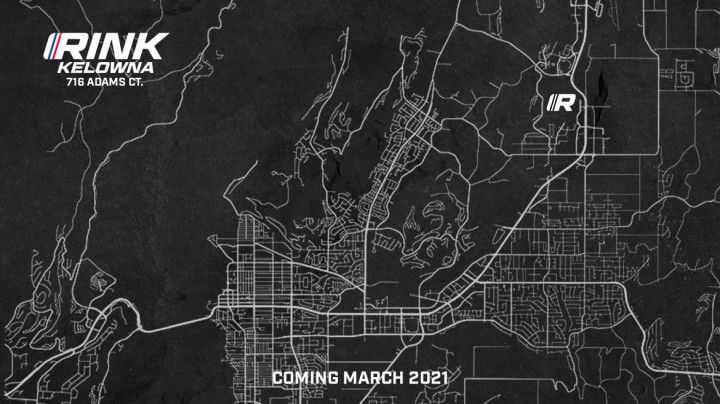 The RINK Hockey Corp., based out of Winnipeg, MB, is expanding its operation in Kelowna, B.C. with the opening of a new facility focused towards providing more resources and amenities to all athletes in Kelowna and the surrounding area. The facility will serve as a hub for both RINK Kelowna, focused on skill development and hockey programs, and the RINK Hockey Academy Kelowna and its student-athletes who call Kelowna home during the school year. The facility will feature a new gym and offices amongst other upgrades and is located at 716 Adams Court, offering athletes and clients a prime location with easy access from all regions of the Okanagan. The facility is set to open March 2021 enabling current RHA Kelowna teams to operate out of the facility and put it to the test in the midst of a truly unique and challenging season.

“This is the first step of many,” said RINK CEO Brad Rice. “We are ecstatic to open the new facility as it will provide a home base for our athletes and staff as well as further elevate our ability to deliver world-class sport school experience and hockey programming. We will continue to invest in the development of athletes of all ages and skill levels in the area by providing them access to any and all resources they may need to succeed within the sport.”

The facility has several key features which are focused on improving the athlete’s experience as well as provide a home base for RINK Kelowna staff and RINK Hockey Academy Kelowna coaches and personnel.

Off-Ice Training Gym with Change Rooms
The gym will feature a multitude of training areas with state-of-the-art equipment allowing RINK Testify Performance to further integrate a data-driven approach to managing the performance of all RHA Kelowna teams.

Athletic Therapy & Treatment Area
The treatment area will feature a number of treatments beds with privacy to provide athletic therapy to athletes in our programs as well as elevating the level of care and maintenance student athletes receive throughout the duration of the season.

Off-Ice Skills Area
The skills area will have separate shooting bays filled with targets and training tools to allow multiple facets of puck skills to be worked on at once.

Outdoor Activity Space
The outdoor space will allow for multi-sport training as well as a larger area for our athletes to complete their training as weather permits.

“The RINK Kelowna is excited to further be involved the hockey community in the Okanagan region and has more exciting news and developments to be announced in the near future all with the goal of strengthening the development of athletes in the area.” Ryan Cyr, President of the RINK.