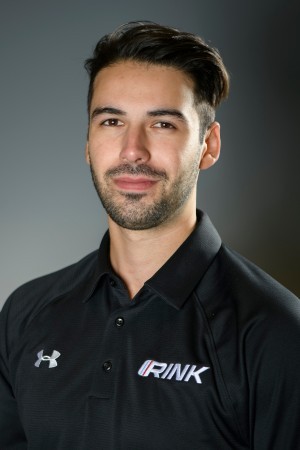 Alex Gillies joined the RINK Hockey Academy as an Assistant Coach for the U17 Prep team in September 2020. Alex was raised in Vernon, British Columbia where he played his minor hockey up until joining the Okanagan Rockets major midget team at 15. Following his season with them he played 3 seasons for the Salmon Arm Silverbacks in the BCHL. In his third season there, he was chosen to play for team Canada West in the World Jr. A Challenge where he was able to win a bronze medal. Receiving a scholarship to Michigan Technological University he continued his career playing NCAA Division 1 hockey for 4 seasons, where he won 1 WCHA regular season championship and 2 WCHA playoff championships. After his collegiate career he signed a contract in the ECHL for the Wichita Thunder. A short time there due to an injury landed him back at Michigan Tech as a student Assistant Coach for his former team.

In addition to his hockey career he obtained a bachelor’s degree in Scientific and Technical Communication from Michigan Technological University in 2019.

Alex’s passion for the game and ability to teach skills, along with sharing knowledge from his experience on and off the ice is what brought him to the Rink Hockey Academy.