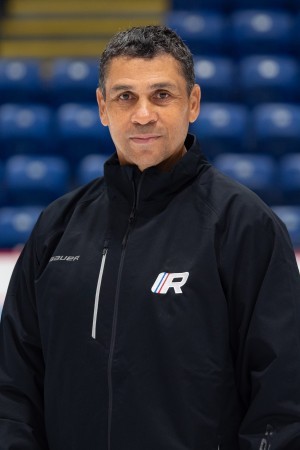 Larry has been the Goaltending Coach for the Kamloops Blazers of the WHL, the Salmon Arm Silverbacks and most recently the Westside Warriors of the BCHL. He has also worked with goaltenders for many years in the minor hockey system. Larry has been involved with the BC Best Ever High-Performance Program as a Goalie Coach, Assistant Coach and Evaluator. In 2009/2010 he was the Goalie Coach for Team West at the World Jr A Challenge. He also is instrumental in working with video analysis for our goaltenders, as well as analyzing game video for players. He is active in the teaching of the game and has a passion for moving goaltenders on to the next level which has included WHL, Jr A, Jr B and NCAA.