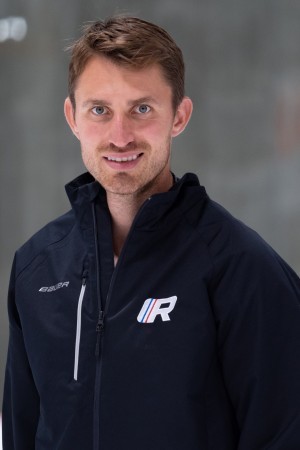 Patrick’s grassroots may be familiar to those in the B.C. region. Including the RMMHA, BWC, NSWC and prior to beginning his junior career a season playing AAA Midget with the NE Attack. Patrick was drafted by the Medicine Hat Tigers, however continued his career suiting up for the BCHL’s Burnaby Express. Followed by capturing a Clark Cup with the Omaha Lancers of the USHL. Patrick was drafted by the host Ottawa Senators, 42nd overall, in the NHL Entry Draft. Attending the University of Denver and finishing his sophomore season as an All-American he made the decision to turn pro and sign with the Senators.

Patrick’s AHL rookie season the Binghamton Senators captured the AHL Calder Cup. He made his NHL debut against the Carolina Hurricanes. The shortened NHL season due to a lockout resulted in his first full season in the NHL with the Senators.

Highlighting his playing career was capturing the 2015 Men’s World Championship Gold in Prague. His NHL career continued with Colorado and signing with the Vancouver Canucks and Utica Comets. He has valuable experience overseas which include time spent in the Kontinental Hockey League, Austrian League, and Sweden. While also getting to represent his country on two more occasions at the Spengler Cup in Davos, Switzerland capturing gold his second year. No stranger to development, Patrick has a strong awareness of the game, and looks forward to sharing not only his experience, but attention to detail with those he gets to teach.