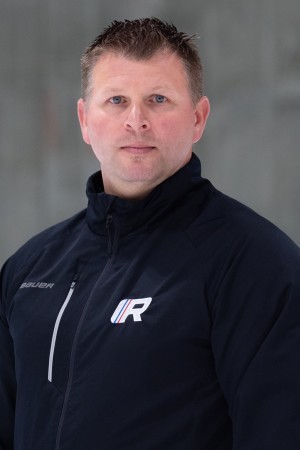 James’s experience includes time within The NCAA Division III; Brockport State University, West Kelowna Warriors, the Penticton Vees and the Surrey Eagles in the BCHL, the Okanagan Rockets in the BCEHL, a Director of Hockey Development for the Ridge Meadows Minor Hockey Association and most recently, the Head Development Coach for the West Kelowna Minor Hockey Association amongst others within the hockey industry. James comes with experience from coaching, scouting, recruiting, managing and developing ever since he began his first coaching position 19 years ago. Through this experience he has become known as an approachable person for all players, parents and colleagues at all levels. During his time as the Director of Hockey Development for RMMHA, James helped establish a phenomenal development team for players, goalies and coaches. The development program gained recognition through PCAHA and awarded the association with the MHA award of the year; The Fred Page Memorial Trophy, and James with the John Ptucha Coaching Development Award.