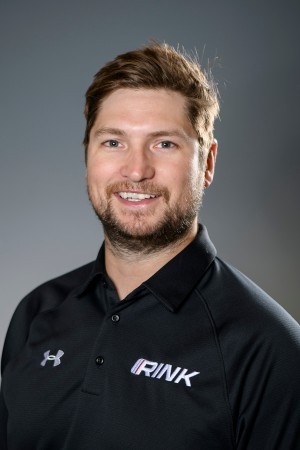 Kris originally comes from Sicamous, BC.  Kris started coaching on the Male side at Pursuit of Excellence in September 2015 coaching the Midget Varsity 16U Team before making the switch to coaching the POE Female Prep team in September of 2016.

Kris played all of his minor hockey with Sicamous before making the jump at age 16 to the WHL.  He enjoyed a successful junior career with both the Kamloops Blazers and Lethbridge Hurricanes with highlights that include being a fourth-round draft pick to Calgary Flames in 2004 and finishing 4th in goals in the 06-07 season. Kris then moved on to play at Lakehead University before turning professional for the next 5 years. His professional career includes exhibition and regular season games in several leagues including the NHL, AHL, ECHL and European Leagues.

During his playing career, Kris gained a passion for coaching through working with several minor hockey associations, Spring teams and hockey camps developing young hockey players for a future career in the sport. Kris is excited working for POE to help provide life and hockey skills to develop not only good players, but good people. While attending Lakehead University, Kris received his Honours Bachelor of Commerce Degree in Human Resources/Industrial Relations. Kris also works with BC Hockey running skills development for the U16 and U18 Female Camps and is also a Head Skating Instructor at the Edge of Excellence Skating Camps. This season Kris will once again be taking on duties as Head Coach with our RHA Kelowna U18 Female Prep team.